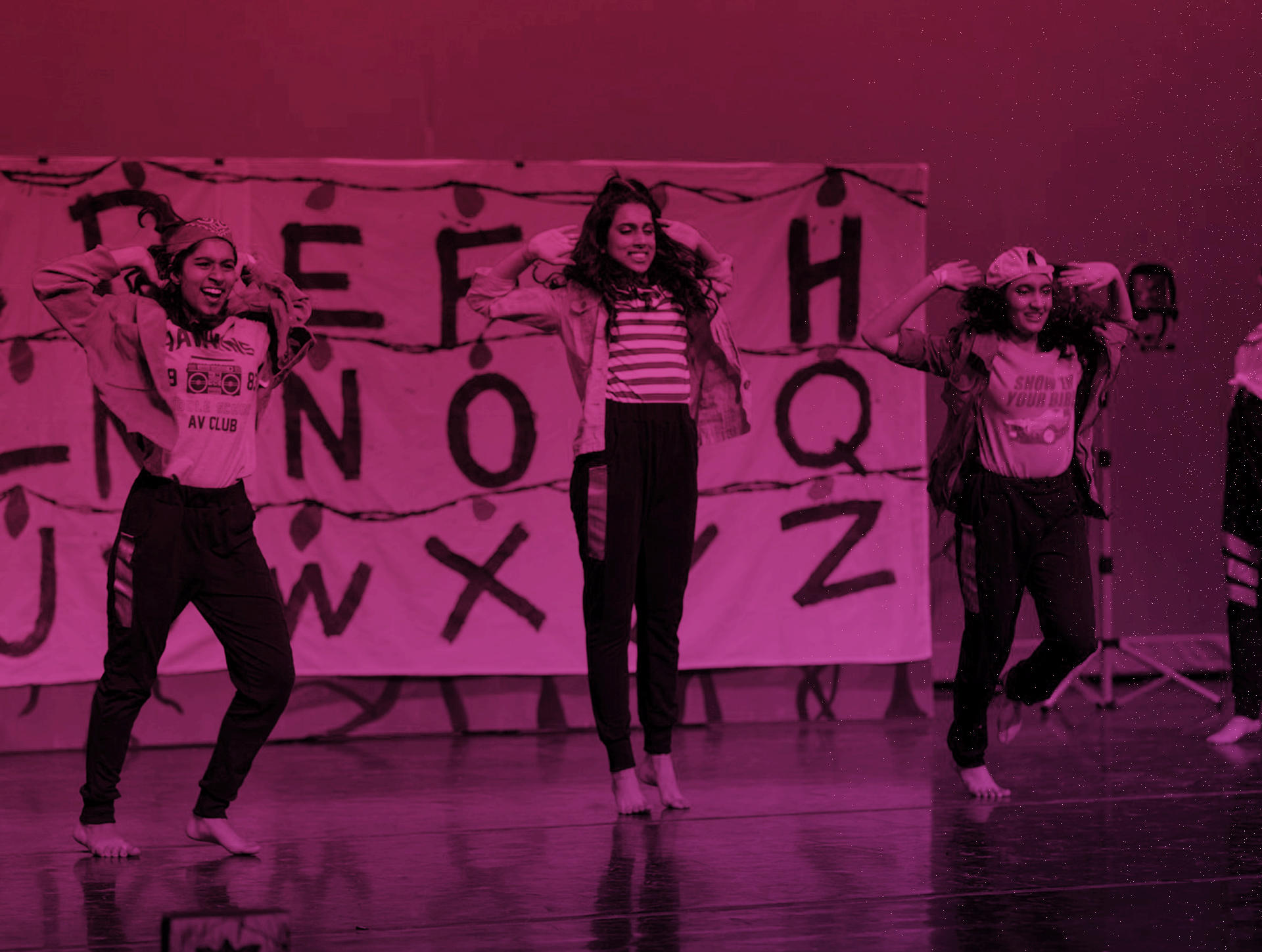 Minnesota sneaks into the Top 10 in more ways than one.

Along with a placement percentage just slightly more than 1% over Wisconsin, with only one team (Minnesota Junoon), Minnesota nearly did not compete at enough comps to make it this high.

Still, out of the 7 comps they competed at, their only 2 places were victories and they also have a qualification for a national competition (BA 2019) on top of that.

That’s a resume any state can be proud of.

If you thought Pennsylvania had a lot of teams, just wait for Texas.

Texas has the greatest number of teams overall to compete in the Legends era with 15, out of which the University of Texas at Austin breaks the record for most DDN teams from a single university with 5 (Texas Mohini, Texas Talaash, UT Nach Baliye, UT Punjabbawockeez, and UT Saaya). In fact, the University of Texas school system accounts for 10 out of the 15 teams in the state.

These 15 teams placed 27 times (out of which 13 are 2nd places) in their 89 competitions, just over 30% for their placement percentage.

Texas also has the highest number of qualifications for national competitions in the Legends era so far with 4, although that has more to do with 2 great seasons as Nach Baliye qualified for both Legends and BA in 2017 while UTD Raftaar qualified for BA and was in position for Legends in 2020 when the season ended.

Texas basically chooses quantity over quality but simply does it better than the teams before it, moving into the Top 10.

Out of 9 total teams in the state, 4 of their teams start their names with ATL (Insaafi, Inteha, Satrangi, Tanishq). Atlanta gets a lot of love with little result as only 1 win out of the state’s 7 and 3 out of the state’s 20 places come from these 4.

In fact, Georgia’s Big 3 of Georgia Saazish, GT Qurbani, and UGA Asura alone account for their other 6 wins and 17 places, seemingly single handedly pushing their team up the rankings. The Big 3 also account for all 7 of the state’s national competition qualifications in the Legends era including their only place at a national comp when GT Qurbani took 3rd at BA 2019.

Maybe that’s a sign in favor of the university-affiliated teams (but I’ll leave that debate for another article).

The great state of Michigan (and I’m not biased at all) comes in at the 7th slot.

Unlike Georgia before it, every team in Michigan pulls their weight to keep Michigan this high in the rankings. In fact, Michigan is the first state with more than 3 teams where every team has placed at least once during the Legends era, with all but one team winning at least 1 comp in the same timeframe.

The University of Michigan with their 3 teams (Izzat, Manzil, and Taal) come out way on top in their contribution with 7 total wins out of the state’s 12, with Wayne State Warrior Jhatka and Detroit Kohinoor adding 2 wins each while Michigan State University’s 2 teams (Badmaash and Zaariya) combine for only 1 win in the Legends era.

Michigan also has the highest number of qualifications for national competitions so far with 8, with each university contributing at least 1 and the University of Michigan accounting for half of those on their own.

What can I say other than It’s great to be a Michigan Wolverine!!! (And I guess the other teams are fine too)

If you thought other teams liked quantity over quality, boy do I have the state for you.

While California, with 14 teams, actually has 1 fewer than the overall record (Texas), they hold the record for by far going to the highest number of competitions with 109. Out of those 14 teams, 9 come from the University of California school system and 8 different California schools (Berkeley, Davis, Irvine, Los Angeles, Riverside, Santa Barbara, Santa Cruz, and San Diego).

Despite 46 places out of their shockingly high number of comps, giving them a placement percentage over 42%, similar to Georgia a Big 3 seems to handle most of their positive results.

UCB Azaad, UCD Lashkara, and UCLA Nashaa are the only California teams with multiple victories in the Legends era and combine for 12 out of their 15 victories, with Lashkara winning 6 times alone.

The California Big 3 also have 15 of California’s 21 qualifications for national comps and all 5 of their places, while California also becomes the first state to have any teams to win a national comp. UCD Lashkara took 3rd at BA 2017, 3rd at Legends 2018, and won BA 2019 while UCLA Nashaa got 3rd at Legends in 2017 while winning BA the same year.

California hits far more than it misses and is the biggest proof that the quantity over quality strategy can really work.

Using the exact opposite strategy to California, Washington sneaks into the Top 5.

Washington only has one team representing it (UW Kahaani), but it makes that team count as they placed at 6 of their 13 competitions, a placement percentage of just over 46%.

Along with that, Kahaani also qualified for 2 national competitions on the back of their great 2019 season, making it to Legends and qualifying for BA that year.

Kahaani clearly stood up to the challenge of putting the state on their back as Washington is the highest-ranking state to have only 1 team.

Probably the biggest surprise for me in the rankings (but only because I forgot what state the city of St. Louis was in), Missouri comes in at the 4th spot.

While states like Georgia and California had a Big 3, Missouri has one team more than any other that single handedly drags it into the Top 5.

Shakti also has 5 of the state’s 7 national competition qualifications and the only place at those competitions with a 2nd at BA 2019. WashU Chaahat takes the last 2 on the back of their great run this past season although unfortunately no one will know how their season may have ended up.

SLU Shakti would have needed just a little help to make the Top 3, but they should be more than proud of everything they have been able to accomplish in the Legends era.

The first state in the Top 3 goes to Illinois.

Despite having less than half of California’s total number of teams (6 vs 14), Illinois only has one fewer victory in the Legends era with 14 wins. Additionally, by placing 23 times in 46 competitions, Illinois becomes the first state with a placement percentage of at least 50%.

Illinois’s brilliant results come with a very large “what if” scenario though. With 6 combined victories, 8 combined places, 4 combined national competition qualifications, 3 combined places at national comps and 1 national comp victory (Legends 2017), MOD Project and Northwestern Anubhav had some of the greatest years in DDN history, and certainly in the Legends era. Unfortunately for all DDN fans, both teams ceased to become active following that 2017 season so the world may never know what more they could have done.

Luckily for Illinois, Chicago Adaa stepped into the very large shadow left by those two teams with 5 wins, 7 places, and 4 national competition qualifications on their own in the Legends era.

While it would have been interesting to see how Illinois would have done had MOD Project and Anubhav not folded, Illinois’s other teams keep the state in the Top 3.

The 2nd best state in DDN during the Legends era goes to North Carolina.

North Carolina has an interesting distribution as they have the least number of victories out of any state with more than 1 team in the Top 10 with only 3. However, they still have a total of 22 places out of their 35 competitions giving them a placement percentage of nearly 63% (meaning they are more likely to win a trophy at every competition they go to than leave empty-handed).

With 2 extremely strong teams in DDN, North Carolina was able to make it extremely high but fell just short of the top spot.

In maybe the least surprising result of these rankings, Ohio is statistically the best state in DDN during the Legends era.

With 5 teams (Buckeye Fusion, Case Kismat, Miami Nishaana, OSU Genesis, and UC Dhadak), out of which 4 consistently competed in the top-level competitions during the Legends era (sorry Nishaana), Ohio gets contributions from nearly all of its teams.

Teams from Ohio placed in a stunning 31 of their 48 competitions, falling just short of 2/3 with a nearly 65% placement percentage. Additionally, by winning 13 times, that means their top 4 teams average over 3 competition wins each.

With anyone who followed DDN during the Legends era, seeing Ohio at the top of the rankings is not exactly the most shocking. Just remember, the next time anyone tries to inform you how good one state is, Ohio is mathematically and statistically the best team in the Legends era of DDN.

And there it is - the complete DDN state rankings during the Legends Era! Tune in next week to read how this analysis was done and feel free to email Akshay with any thoughts or questions!